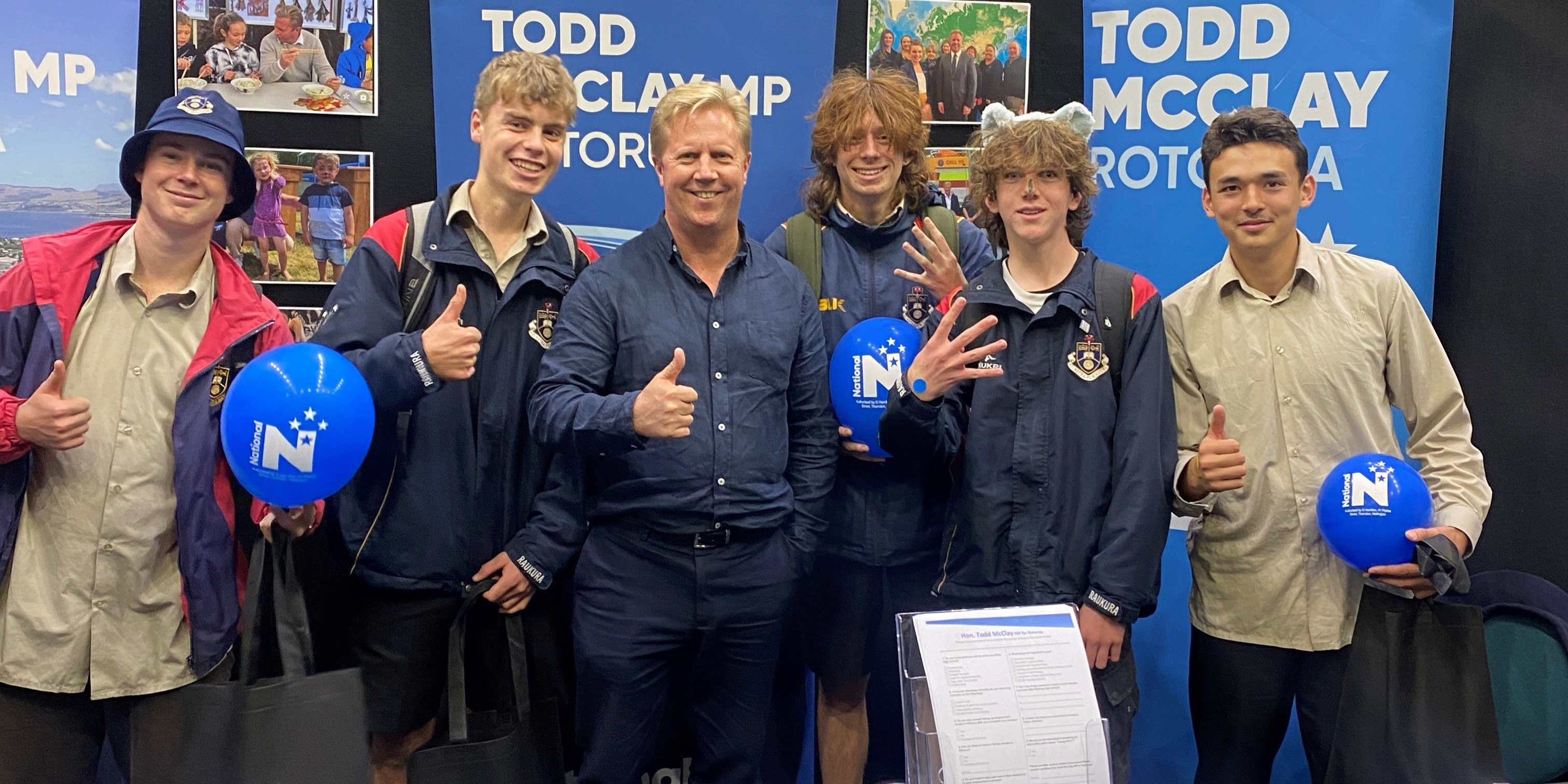 Hon Todd McClay is the Member of Parliament for Rotorua. He is the National Party’s Trade and Export Growth; and Tourism Spokesman

In 2017 he received the highest vote and majority in the history of the Rotorua seat and in 2020 he was the first MP in 24 years to have been elected for a fifth term as Rotorua’s MP.

Mr McClay has been a cabinet minister in the fourth and fifth National governments and has held the portfolios of Minister of Trade, of State-Owned Enterprises, and of Revenue. He has also been the Associate Minister of Health, of Tourism, of Trade, and of Foreign Affairs.

Todd has previously been a diplomat and was the Cook Islands and Nuie Ambassador to the European Union. He has worked in business in Europe as well as government and public relations internationally.

Mr McClay lives in Rotorua. He has offices in Te Puke and Rotorua where he holds regular constituent meetings.